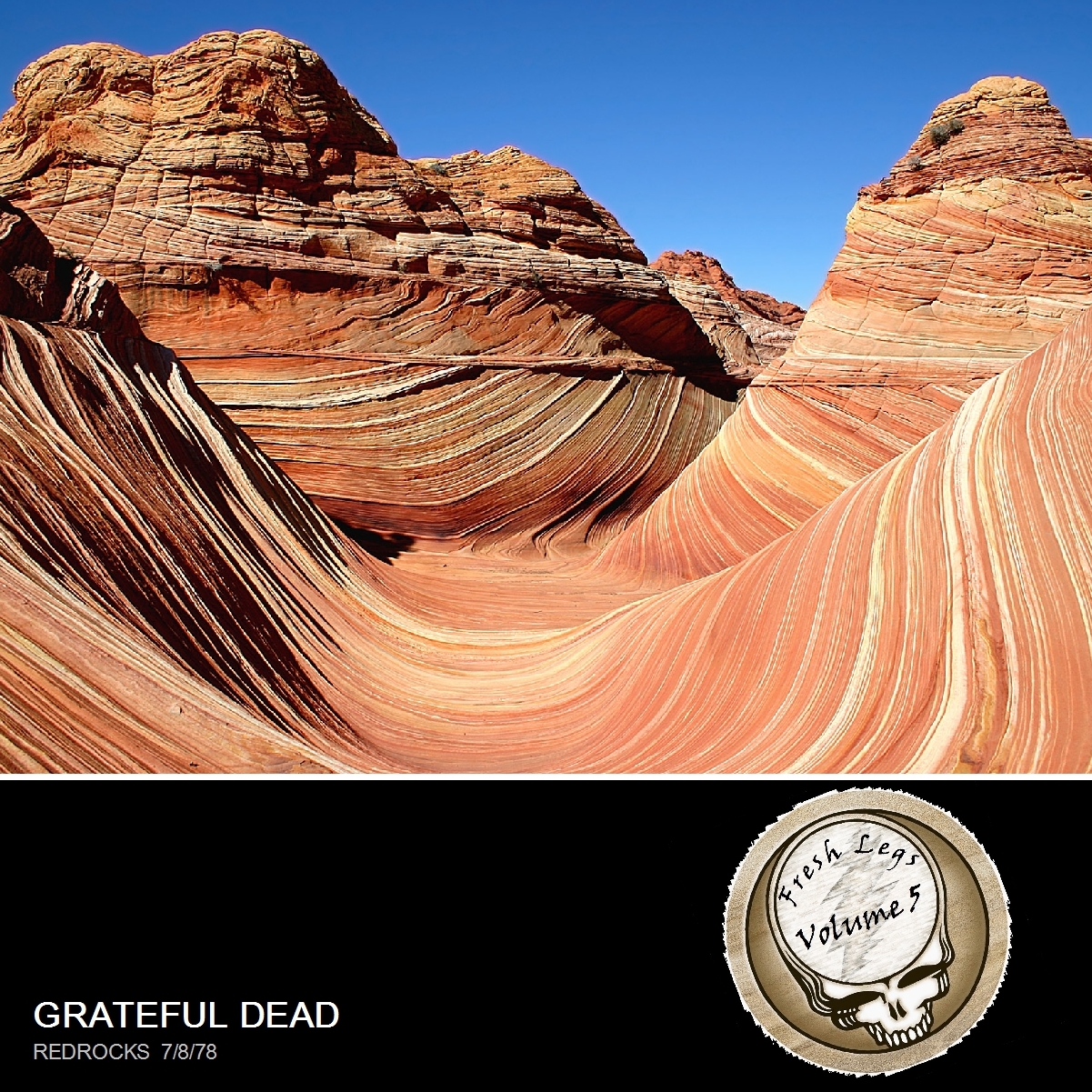 I released a version of this show on September 30, 2013. I'm released a new version now. Why? Because I decided that at least some of my matrixes have too much AUD in the mix. It's an easy trap to fall into. So here's a new, less AUD-heavy version of my earlier matrix. (I've also done some remastering.)

- For my money, 07/08/78 is a top-ten all-time show, perhaps even a top-five. Whereas a show like Cornell '77 showcases the Dead at a peak of cool, polished professionalism (one they wouldn't approach again until Fall '89-Spring '90), the final show of their Summer '78 tour reveals a group who has traded in cool polish for raw power. They stomp and tear and growl their way through a setlist that is quietly but pleasantly unusual, down to the double encore, which includes three songs and ends with a rare version of "Werewolves of London."

The night kicks off with a breakneck "Bertha." The high energy established in the opener is kept up throughout the first set and into the second, which starts with a shimmering "Samson & Delilah." But the show catapults to the next level with Bobby's enigmatic pronouncement, "I'm moving to Australia." What follows is an extraordinary song-cycle that wends from a blistering "Estimated Prophet > Other One > Eyes of the World," through a novel early "Drums/Space," to a tour-de-force combination of "Wharf Rat > Franklin's Tower > Sugar Magnolia."

Then, as though wanting to launch into a whole new set, the boys proceed to trot out a "Terrapin Station" encore. It may not be the best "Terrapin" they ever played, but even so, it's quite an encore! And as though it weren't enough, they segue (literally without missing a beat) from "Terrapin" into "One More Saturday Night." Despite having already played a complete show (and then some!), they stay on for a thumping, guttural "Werewolves of London." They were obviously enjoying themselves and were in no hurry to leave the stage.

- The AUD copy of the second set is missing several chunks of music, as detailed in the source info. The AUD source was patched with the SBD; naturally, I cut those patches. The missing chunks are: (1) the first 20 seconds of "Ship of Fools," (2) 10 seconds of "Estimated Prophet," (3) 26 seconds of "Drums," and (4) 12 seconds of "Franklin's Tower."

- The SBD copy is missing about 49 seconds at the end of "Eyes."

- I only retained the empty space between songs that appears on the AUD copy.

- The sources were remastered and mixed in Logic Pro 9. Clean-up (mostly of clicks and pops in the AUD) was done using iZotope RX 3 Advanced. The sets were split in WaveLab LE 7. SBE's were fixed using Trader's Little Helper. Conversions to and from .flac, .shn, and .wav were done using dbPowerAmp.

- I speed- and pitch-corrected the AUD source using the iZotope Radius algorithm. Fine-tune syncing was done in Logic Pro 9.

- I ran the AUD source through iZotope RX's Declip function subsequent to speed-correcting it.

- The SBD source is kind of 'hot,' especially the second set. I considered trying to cool it down in iZotope RX (with Declip), but in the end I decided that anything I might do to that end would result in a net loss of sound quality. So the 'hotness' remains.

Not only is just about everything in the show extraordinary, the Estimated>Other One>Eyes>Drums>Space>Wharf Rat>Franks>Sugar Mag is otherworldly. Jerry's solos soar, Bob's infills are ethereal, and the rhythm section just drives the bus like it's nobody's business. Even Donna's moaning during Space doesn't really bug. And the Ship of Fools is also quiet beautiful, almost mournful yet delicate and impassioned.

Jerry's quiet solo at a bit over 8 mins into Estimated is one of the most poetic pieces of guitar work I've ever heard. When I first got this tape 20 years ago, I was incredulous that this was live, because the execution is nigh-on flawless. It's trippy shit.

So, so glad that this matrix is out here for all to be edified, inspired, and elevated by.

Thank you so very much.
Reviewer: Wrong-way Billy - favoritefavoritefavoritefavoritefavorite - June 5, 2014
Subject: Not big Matrix fan, but this one nails it
This matrix sounds fantastic. I have had this show on SBD cassette since the late 80s and thought those sounded great. This sounds really crisp with just the right audience blend.

Uploaded by Matthew Vernon on November 30, 2013